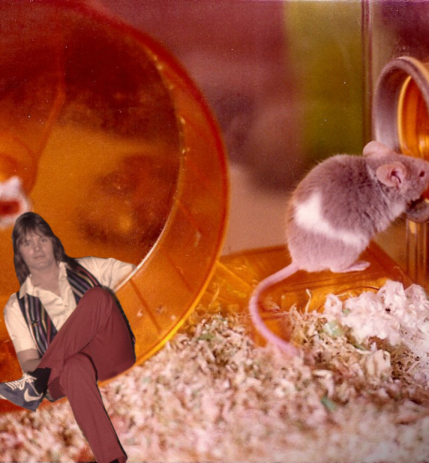 Hi friends, back in the early 70s REO was doing really well in the Midwest, so in early 1973 we decided to expand our universe a bit. We accepted an offer to open for Canned Heat at a college in the Rochester NY area, played our short set, and the response was awesome. The people of Rochester took us in, and it became our favorite city to play, outside of the Midwest…it still is!

Forty years ago today we played a sold-out show at the old War Memorial. Before the show, an uninvited visitor somehow slipped past security, and captured Bruce! The intruder demanded ransom in the form of Cheddar, Swiss, and Provolone, in exchange for our bass player’s freedom. Thankfully we have had a cheese platter on our dressing room rider since the ‘70s, (which we never eat), so we made gladly made the switch, and Bruce was released unharmed.

Okay, I may have made that up.

The truth is Bruce actually captured the tiny intruder, and turned him over to our drum tech “Motor”, and our band caterer/wardrobe/den-mother “Lizard”. Our new friend was in fact a cute little mouse, was given the name “Rochester”, and anointed as the official Hi Infidelity tour mascot. We bought him a fine cage, complete with running-wheel, and things were going along fine…until Motor decided young Rochester needed a girlfriend. It was love at first sniff, and the couple quickly began multiplying.

When we got back to LA, Motor reportedly took the whole brood, (reportedly around sixty little Rochesters), and set them free at Richrath’s ranch in the mountains near Malibu Lake. Rumor has it that Rochester and a number of his family members crashed Gary’s outdoor wedding the following summer. At any rate, Lizard still seemed a bit heartsick when she retold me this story. She loved the little guy, but hey, Rochester lived the life of a rock star, while it lasted. 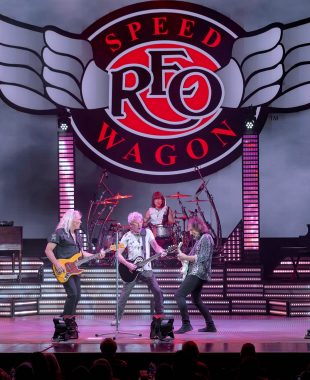