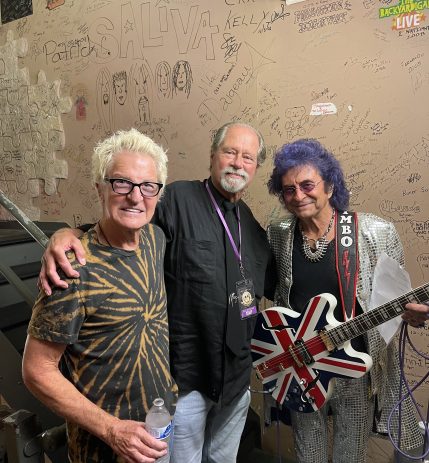 Hi friends, so yesterday REO Speedwagon joined the first induction class, along with Cheap Trick, Chicago, The Buckinghams, and the Ides of March, into the Illinois Rock and Roll Hall of Fame. We decided that the safest and wisest way for us to participate in the ceremony, was for me to attend, representing all the band members past and present. So that’s what we did.

It was nice to chat with Dennis Tufano, former lead singer of the Buckinghams, who still looks and sounds amazing. Chicago rock stalwart Jimmy Sohns of the Shadows of Knight was there in all his sartorial splendor , and sang their version of the Van Morrison classic, “Gloria”. REO was inducted, or as Sohns put it, “indicted” into the Hall by another Chicago icon, Mitch Michaels. Mitch started out doing what we used to call “underground radio”, because they played deep album cuts, and gave airplay to harder edge rock bands. He was there at the birth of WXRT in Chicago, perhaps the most eclectic radio station ever. And XRT is still on the air, with the same format they started with in 1972. I was happy that Mitch indicted us! It was a nice honor, and one I don’t take lightly.

But the personal highlight for me was singing harmony on the Ides of March’s first hit, a former Top 10 single on the WLS Silver Dollar Survey, “You Wouldn’t Listen”. I went and saw the Ides at a teen club called the Blue Village, inside which the only light was from black-lights. It was super cool, all the girls looked great, and I loved the band. Jim Peterik was sixteen years old at the time, I was fifteen, but he was light-years ahead of me musically and career-wise. (That said, I was a sophomore in high school at the time!) But that show was inspiring, because the Ides were a Chicago band, and seeing them gave me hope that I could play awesome places like the Blue Village some day. Jim would come to a solo acoustic show I played in 1973 at Chicago’s Aire Crown Theater…I was opening for the DeFranco Family, who were essentially the Italian Osmonds. Peterik was a big star in my mind, (and probably his:), and he sought me out after the concert, and complimented me on a new song of mine called “The Marijuana Boogie”. That meant the world to me, and we have been friends, tour-mates (Jim started Survivor after the Ides), and co-writers of REO hits like “Just For You” and “Dangerous Combination”, ever since. And speaking of sartorial splendor, it was great to see and spend some time with my old friend, the aforementioned Jim Peterik, and his lovely wife Karen, about whom he wrote the Ides’ biggest hit, “Vehicle”.

It occurred to me last night that it was fitting for REO to be inducted in the first year of the Illinois Hall, as we are the most Illinoisan, of all the Illinois bands. Original drummer Alan Gratzer was from the northwest suburbs of Chicago, and I was brought up in the city’s southwest suburbs…so we had The Chicago area covered. Neal Doughty lived in East St Louis, just on the Illinois side of the Mississippi River. Bruce Hall was born and raised in the home of REO Speedwagon, Champaign, Illinois, which actually has a street named REO Speedwagon Way. And Gary Richrath was a proud East Peoria boy. We have more members from more different parts of the State than any other band! 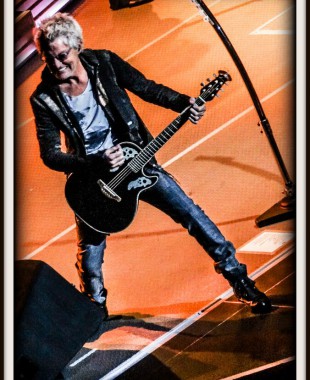 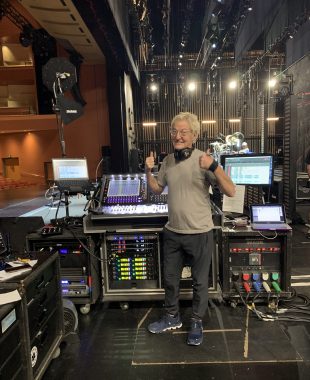