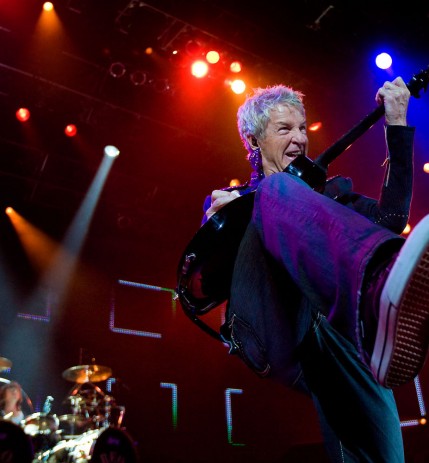 Kevin first joined REO Speedwagon in 1972 for the album R.E.O./T.W.O. on which he wrote 3 tracks including Music Man

He left the band during the recording of the Ridin The Storm Out album, due to creative differences. The vocal tracks for the album were rerecorded by Mike Murphy. Kevin’s original version of Son of a Poor Man appears on the album A Decade of Rock and Roll

Kevin rejoined the band in 1976 for the album R.E.O on which he wrote the long-time favorite, Keep Pushin’ as well as two tracks he co-wrote with Gary

In 1977, Kevin and Gary took over the band’s production, and since then Kevin has been a tireless frontman, writing many of the band’s most popular tracks, including their first top 40 hit, Roll With The Changes and their first number one, Keep On Loving You

More information about Kevin Cronin can be found here.