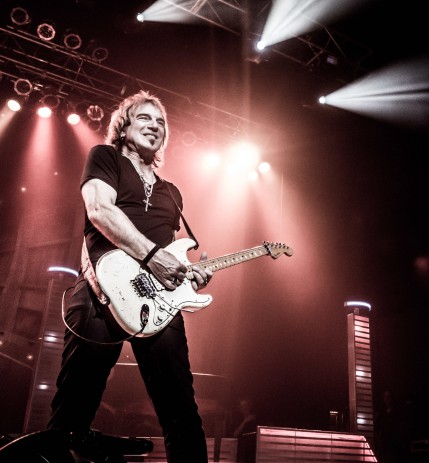 Dave Amato joined REO in 1989 for the album The Earth, A Small Man, His Dog, and a Chicken, after playing with Ted Nugent and Bon Jovi’s Richie Sambora. He has also toured extensively with Cher.

Besides playing guitar, he sings high harmonies and has done studio background vocals for various groups from Petra to Motley Crue.